Even after I made the chocolate chip cookies a few weeks ago, Mark was still craving cookies today. Since last Sunday was his birthday, I decided to indulge him while also trying out this awesome technique for baking cookies in one's car. I figure it's a win-win - we get cookies, and I can take advantage of our 102º F sunny weather *and* not heat up my apartment by using my oven!

Since I only had 1 cup of flour left in the house (and practically no oil), I wanted to find a cookie recipe that called for a nice round number of cups of flour. I chose Happy Vegan Chocolate Chip Cookies from VegWeb, and halved the entire thing. Instead of chocolate chips, I used the last remaining 2/3 of a puck of Ibarra Mexican drinking chocolate. This also gave me the opportunity to dance into the living room where Mark was working and proclaim "Stop! Hammer Time!" after I'd borrowed his hammer to smash the chocolate. (Yes, I'm a geek. What gave me away?) After halving the recipe, I ended up with 9 cookies. I figure this is ok - if the experiment doesn't work, then we haven't wasted too much, and if it's even a partial success, then we've got 9 cookies! I put the cookies into the car around 3 pm. At 4:30, my car was in full shade (the only time I've ever regretted getting the Good Parking Spot (tm)!), so I moved it to a bank of spots diagonal from my apartment, which meant that the sun was coming in the side instead of the front. I moved the cookie sheet from the passenger's side dash to right in the center, balanced on top of the clock console so that it was getting full sun again. As you can see, the cookies had flattened out a bit at this point. I left them in the car until about 7:15 pm, and then brought them inside. The tops of the cookies were done - solid and just slightly crispy. The bottoms weren't really all that done, and one or two cookies lost the middle part of their bottoms when I picked them up off the cookie sheet. (This wasn't the end of the world; I just scooped up the middles and stuck them back where they belonged.)

The verdict? These cookies were actually pretty tasty - soft yet slightly crunchy on the tops. Next time I make them, I'll make sure to put them in the car earlier in the day so that they'll have more time in direct sunlight (and it'll be hotter for longer). All in all, I'm calling this one a win!
Posted by April - Apryl Knight / The Traveling Austin Vegan at 12:16 AM 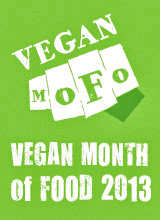 April - Apryl Knight / The Traveling Austin Vegan
Some facts about me, in no particular order - I'm vegan and pagan. I'm a professional musician who plays the flute, piano, bodhran, pennywhistle, bowed psaltery, hurdy gurdy, and whatever else I can get my hands on. I'm in a Renaissance Faire band called the Tulstin Troubadours as well as being a solo act (Apryl Knight). I love to read. I love to cook. I design jewelry, pouches, and polymer clay creations under the name Knightime Creations. I'm a dancer (bellydance, lindy hop, blues, Body Choir, contra dance, and more). I sew and design clothes. I love Renaissance faires and am a member of the SCA. I am learning to knit. I'm not very good with numbers. I'm a complete sci-fi geek.

My Other Virtual Homes

This is a Flickr badge showing public photos and videos from apryl_knight. Make your own badge here.